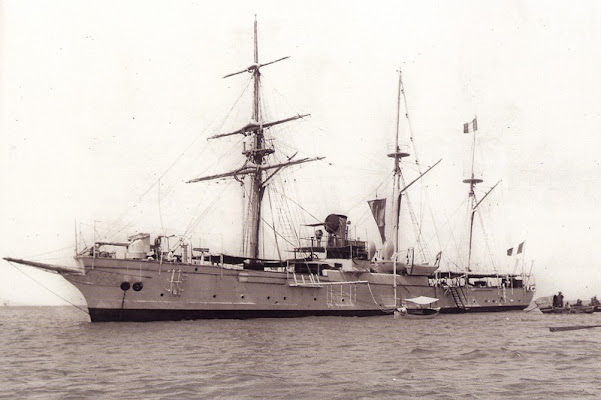 1. Surprise-class designed for colonial services. Launched at Arsenal de Rochfort, France on 18 October 1899, commissioned in 1900 and sunk during the bombardment by the German armoured cruisers SMS Scharnhorst and Gneisenau of Papeete, French Polynesia on 22 September 1914.