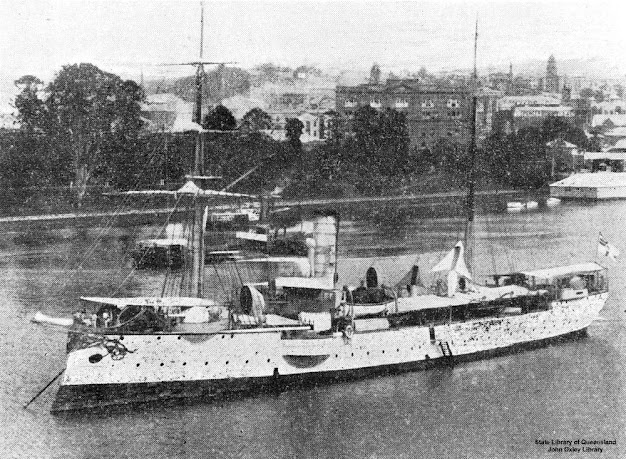 1. Unprotected cruiser of the Bussard-class consisting of the Bussard, Falke, Seeadler, Condor and Cormoran, preceded y the Schwalbe-class and succeeded by the Gefion. Laid down By Kaiserliche Werft, Kiel, Germany as Kreuzer IV. Classe E in November 1890, launched on 17 May 1892, commissioned on 25 July 1893 and scuttled at Tsingtau, China to prevent capture by the Japanese forces on 28 September 1914.

2. The western part of the Samoa archipelago was between 1990 and 1914 in German hands and the eastern part a territory of the USA as American Samoa since 1900.